Using the ZN051 we also opening the door for many new features.

It allows us to work easily with boot mode on EDC17/ MED17 boot mode for the Abrites diagnostics for VAG and others as well.

The distribution box now also includes the option to be updated so all new future functions and features will be available immediately.

Skip to the end of the images gallery 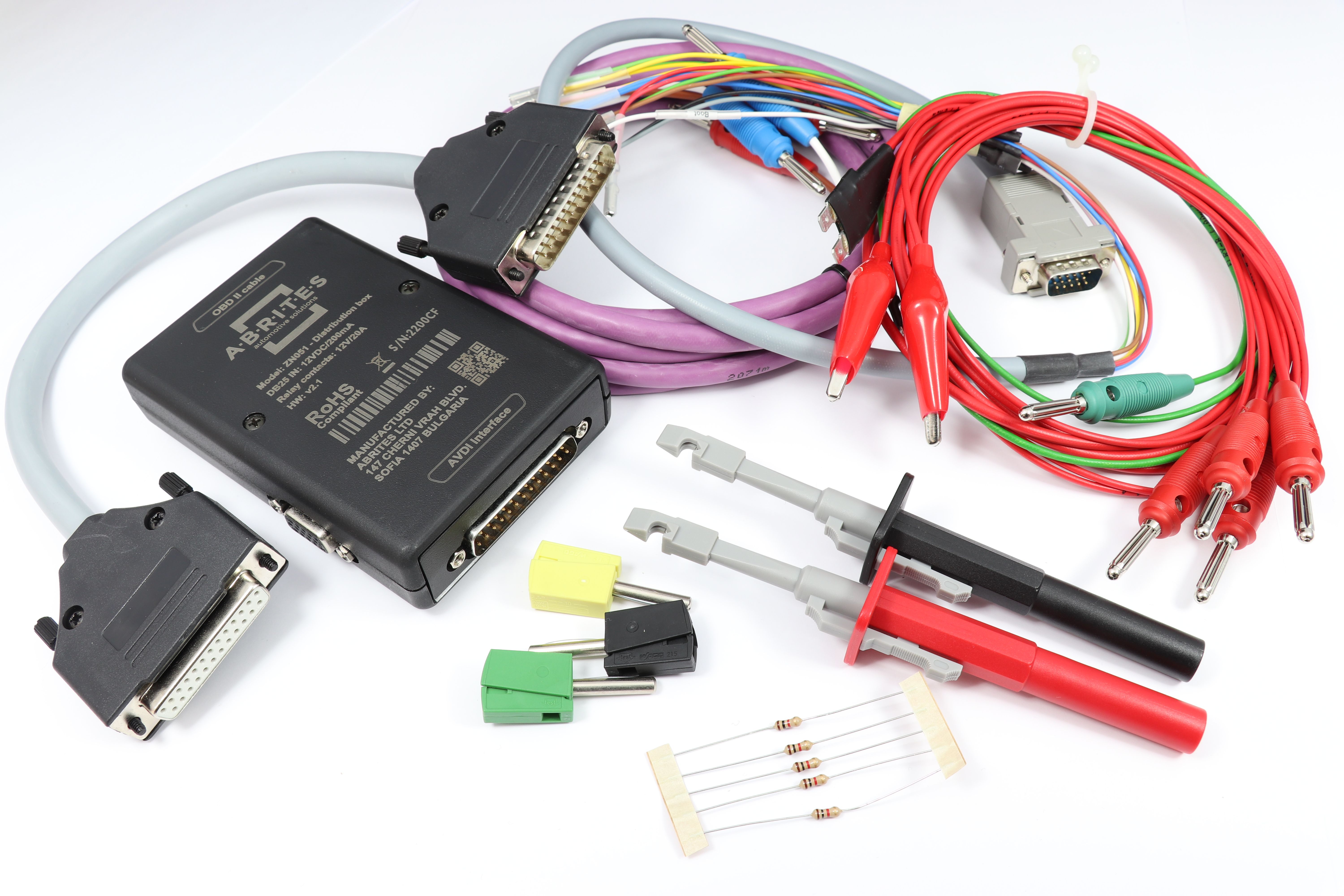 Double click on above image to view full picture

ZN051 enables: - Clean connection between the AVDI and the OBD without having a bundle of cables hanging from the OBD while we are working and adding confusion and additional time to trace what is connected where instead of spending more time to work on the car. In addition the fuse relay is now built into the Abrites Distribution Box and its work can also be monitored by the built-in LED.

Abrites diagnostics for Mercedes - ZN051 allows connection to the internal CANBUS and K-line of the vehicles in order to virgin, personalize and activate control modules, it has an incorporated fuse relay in order to assist the extraction of the key password for Mercedes vehicles.

Abrites diagnostics for VAG - The ZN051 allows the connection to the internal CANBUS of the vehicle to be able to read Configuration DATA, Flash files, perform DPF OFF and many others thanks to the incorporated PCB. The tool is irreplaceble when performing emulator and module adaptation and allows complete control over the vehicles. BOOT MODE reading of EDC17/ MED17

Abrites diagnostics for PSA - With the help of ZN051 you can read many ECUs in BOOT MODE.

Abrites diagnostics for Renault - With the help of ZN051 you can read many ECUs in BOOT MODE.